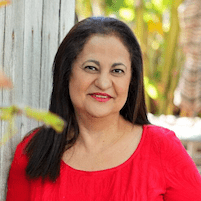 Robotic Surgeries are some of the most advanced types of surgeries in the world today. Dr. Rahele Mazarei, serving patients in Oceanside, CA and the surrounding North San Diego County area, offers various OB-GYN-related robotic surgeries, such as hysterectomies and other minimally invasive surgeries.

How Does Robotic Surgery Work?

What Are the Benefits of Robotic OB-GYN Surgery?

Robotic surgery has many benefits, with one of the most significant being the less invasive nature of the procedure. The incisions made during a robotic surgery are far smaller than those made during open surgery. Incisions are typically just about the length of a dime. This means that there are fewer scars after healing. During the surgery, there is less bleeding as well. This leads to a smoother and faster recovery. Most people are able to go home the same day of the surgery, especially for the less complicated robotic surgeries. Even with the more complex robotic surgeries, the patient will usually only need to stay in the hospital for a single night. Robotic surgery allows for the doctor to have a level of control and precision that would never be possible with an open surgery.

What is a Hysterectomy?

A hysterectomy is typically done laparoscopically with the aid of the minimally invasive da Vinci surgical system. Through very small abdominal incisions, the uterus is removed. Some women also have one or both ovaries removed at this time, as well.

What Are the Side Effects of Minimally Invasive OB-GYN Surgery?

While the risk is much lower than that of open surgery, there are some potential risks to minimally invasive surgery. These include: Reaction to the anesthesia, infection, damage to other abdominal organs, and a longer time under anesthesia for the procedure.

Rahele Mazarei, DO accepts the following health insurance plans. If your insurance is not listed here, please call our office to confirm with our staff.

Words from our patients